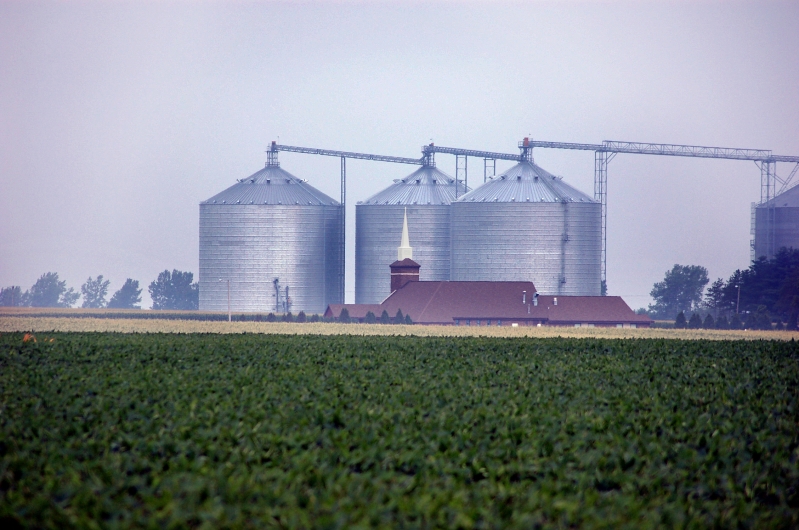 Prices being paid for farmland across Illinois are continuing a softening trend that is following prices being paid for commodities with decreases of between 2 and 7 percent depending on the quality of farmland and location. This is according to the midsummer “Snapshot Survey” done by the Illinois Society of Professional Farm Managers and Rural Appraisers that was released today at the Farm Progress Show being held here.

“Land values are continuing a general softening across the state with the exception of some regional areas where there has been very little land for sale,” says David Klein, AFM, ALC, vice president of Soy Capital Ag Services. Bloomington, IL and co-chair of the annual ISPFMRA Land Values Survey and Conference.  “Decreases in farmland returns for 2015 and 2016 are seen as the main reason for the lower values,” Klein explains. “USDA projected income for 2015 is expected to be the lowest since 2010 and our survey respondents are telling us they expect the softness in land values to continue.” It is expected that the price paid for a bushel of corn will be below $4 into 2016.

The “Snapshot Survey” is done annually by Gary Schnitkey, Ph.D., University of Illinois College of ACES in conjunction with ISPFMRA. This information supplements the Society’s larger efforts at year-end to document farmland prices and cash rents across Illinois and  is part of the Society’s Land Values Conference held each March.

He notes that farmers continue to be the primary buyers of farmland but 72 percent of respondents said they are seeing the same or higher investor demand for farmland during this pullback as investors look for opportunities where they may have been out-bid by operating farmers the past few years for farmland at higher prices.

He adds that while 95 percent believe that interest rates will stay the same or increase less than 1 per cent between now and year-end due to the condition of the general economy,  interest rates still remain an important concern to this group regarding their outlook on farmland prices.

“They are also highly concerned with commodity price decreases from reduced global demand and how this will affect farmland values,” Klein says. “They look at the potential for increased pesticide and seed costs as new technologies are released to battle weed resistance issues, while they expect fertilizer costs to retrace slightly.”

“We continue the settling pullback of farmland values in a period where fluctuations in all financial markets and currencies are moving rapidly.  Illinois farmland continues to provide the long-standing unique hard-asset stability that makes it distinctive to other investments.  We also continue to be optimistic that because Illinois farmland is among the most productive in the world, and our farmers some of the most efficient at responding to market forces and management practices, that Illinois farmland will continue to be a historically competitive investment well into the future.”