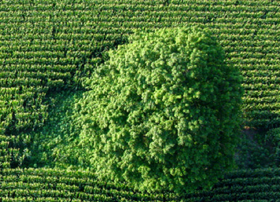 (Bloomington, IL, March 20, 2014) The rate of increase in the value of Illinois farmland has flattened and lower grain prices are to blame, according to presentations made at the Illinois Land Values Conference held here today. Hosting the event was the Illinois Society of Professional Farm Managers and Rural Appraisers.

“Simply put, farmland earnings are important and have been the driver on prices paid for farmland over the past few years,” says Dale Aupperle, AFM, ARA, Heartland Ag Group, LLC, Forsyth, IL, and overall chair of the annual Land Values and Lease Trends project managed by the Society. “Sharply lower grain prices have diminished earnings projections and put the brakes on the uptrend in farmland values.”

Joining Aupperle in the presentation was Gary Schnitkey, Ph.D., University of Illinois College of Agriculture, Consumer and Environmental Sciences, Urbana, IL. He told the group that prices paid for corn are now near $4.30 per bushel. “Prices were consistently above $5.00 from 2010 through midsummer last year. Current expectations are for lower prices into 2014.”

He noted that crop insurance provided farmers with a substantial amount of cash in 2012 and 2013. “Those funds are no longer coming in,” he said. “Experts are forecasting farmland returns to drop by up to 20 percent.”

Aupperle explained that the trendline on farmland values has been upward for decades and has seen significant interruptions in the pattern three times.

He said there was a 50 percent correction in farmland values from 1980 through 1987, the period of the Farm Crisis. “This was after farmland rose nearly 500 percent from 1982. This one was a bubble.”

“Perhaps history gives us some guidance for our current thought processes,” he continued. “It doesn’t look like a bubble to us. A more normal time for farmland prices may be in store for the next several years. Commodity prices have led to this situation.”

In presenting their summary to the group, the two cited the 2014 Illinois Land Values and Lease Trends Report. This is a composite of reports from around the state on land sales and lease trends occurring in Illinois during 2013.

They noted that all categories of farmland, determined by Productivity Increase, saw minor drops in values during the year: Aupperle explains that Excellent land was down 2 percent — “With less land available but very willing buyers”; Good land was down 3 percent — “Increased input costs are a concern;” Average land was down 4 percent — “Buyers are likely to be neighbors in the community;” Fair land was down 7 percent — “Popular category as land mix attracts residential, recreational and non-farm uses.”

Aupperle said that Recreational land was steady-to-stronger across the state and there was some activity in Transitional land near the metropolitan areas.

Local farmers are still the primary buyers with estate sales leading the way in reasons for selling as well as bringing properties to the market. Public auctions (43 percent) led the list of methods of selling followed by private treaty (36 percent), sealed bid (11 percent) and multi-parcel auction (10 percent).

Cash Rents have stabilized, Schnitkey said. “Rents are slightly off the highs in 2013. This occurred because of the drop in commodity prices. We could be facing more cash rent declines if commodity prices are low in the fall this year.

“Assuming a price of $3.50 for a bushel of corn and $10 for a bushel of soybeans, 92 percent of our respondents expect cash rents to drop $10 or more per acre and no one expects to see rents to increase,” he noted.

“We are carefully watching the influence of commodity prices, weather and yields, interest rates, net farm income, the value of the dollar, alternative investments, ethanol, and long term inflation among many other factors. Each will play a role in land values,” Aupperle concluded.

Find an ISPFMRA Member
You can also search by city.
Copyright Illinois Society of Farm Managers & Rural Appraisers 2020 - All Rights Reserved
Back To Top